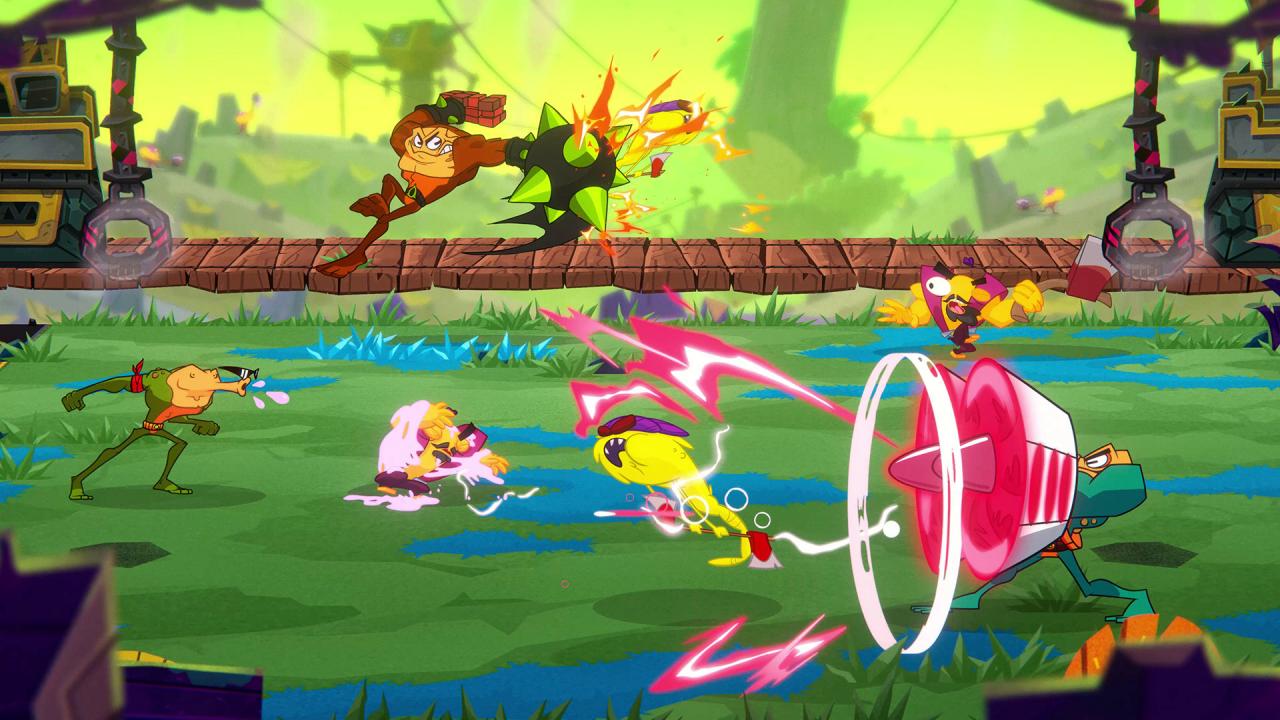 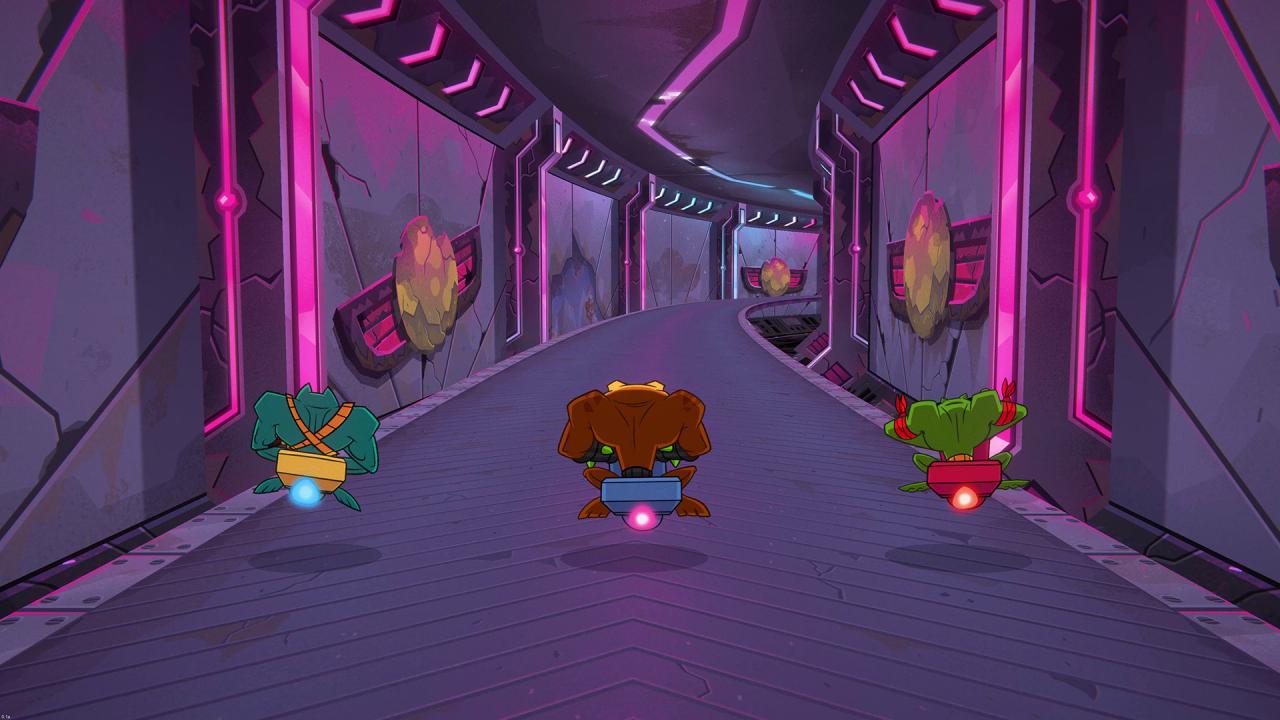 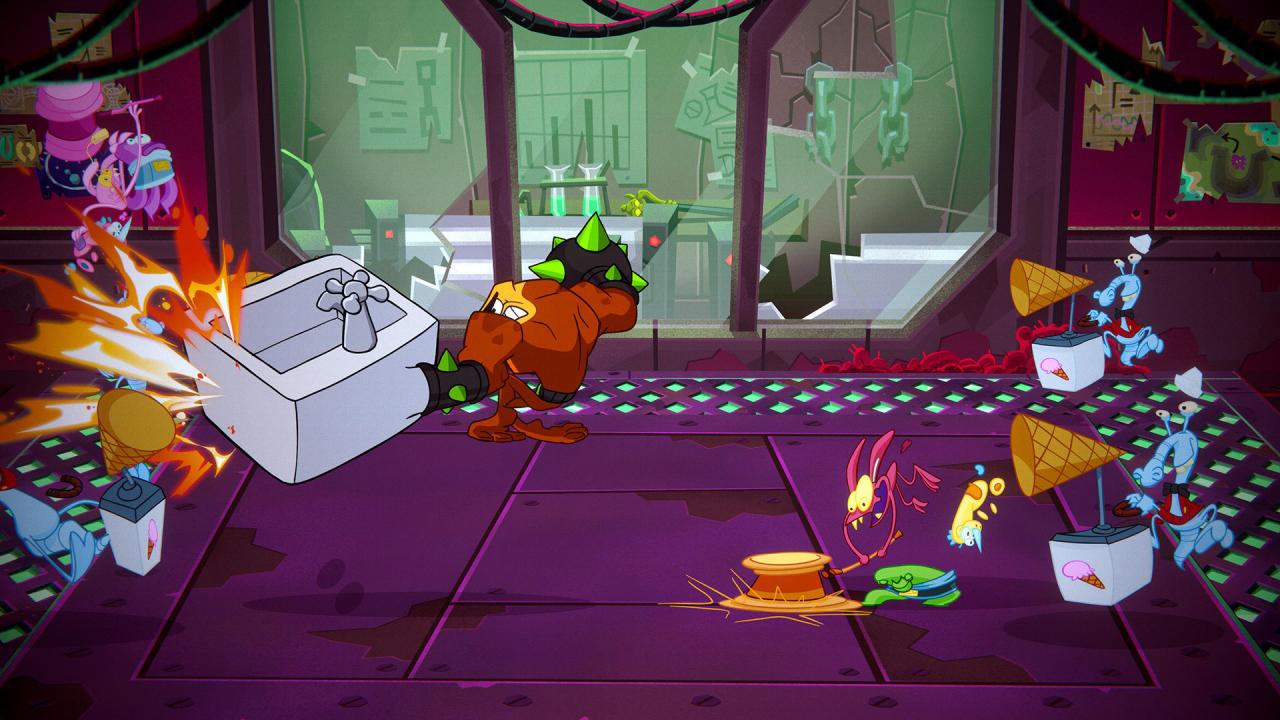 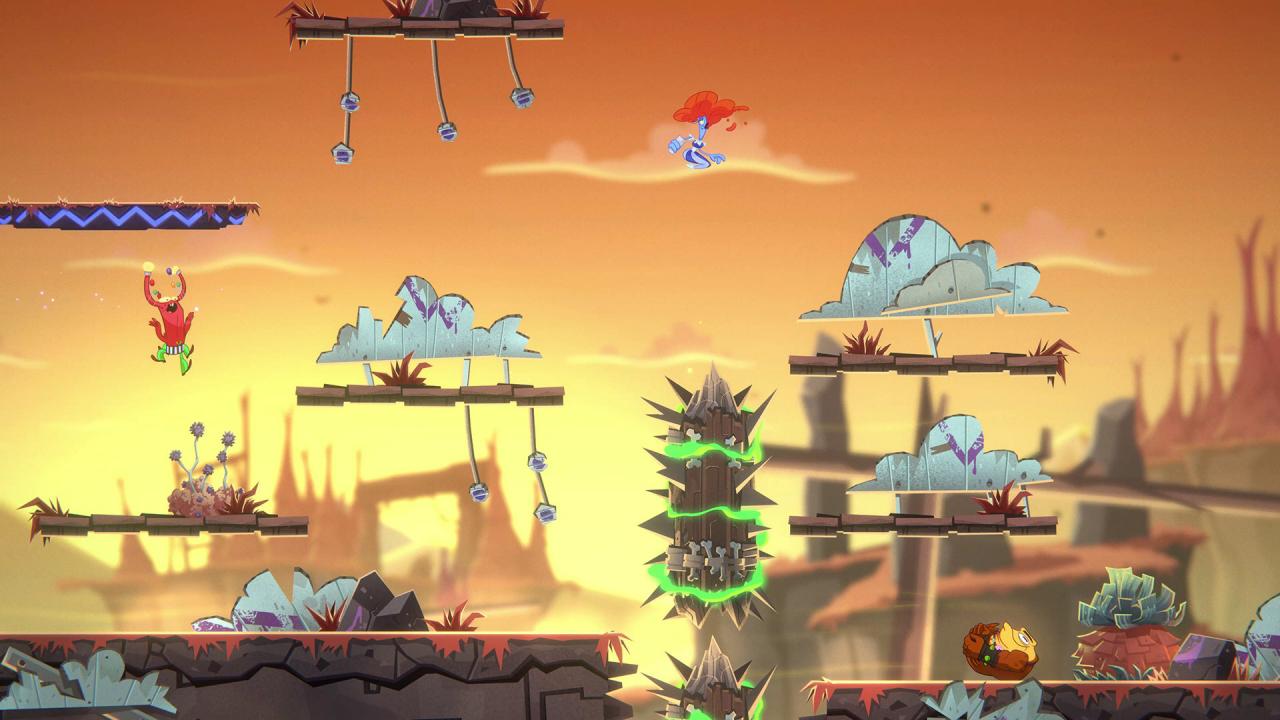 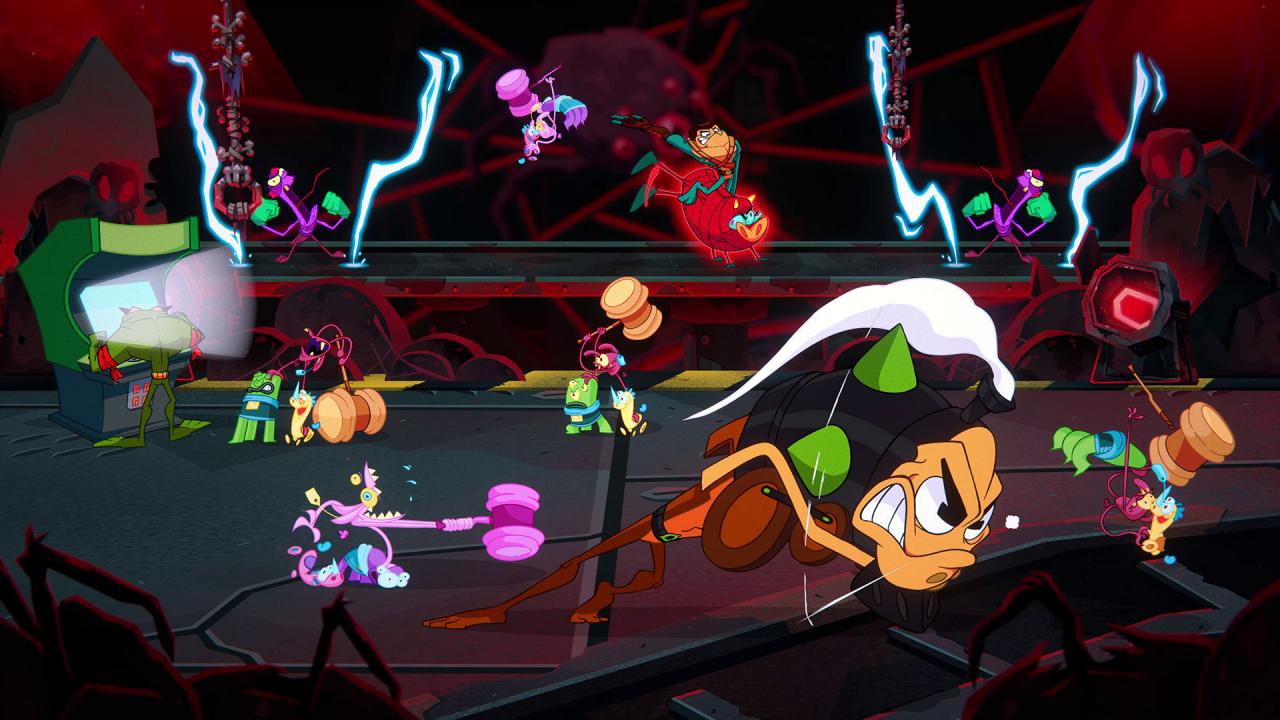 Battletoads is the first game of the Battletoads series. It is developed by Rare and published by Tradewest. It was originally released for Nintendo Entertainment System in 1991, with ports for the Sega Genesis, Sega Game Gear, Amiga CD32 and Nintendo Game Boy (with the subtitle Battletoads in Ragnarok's World so as to separate it from the earlier-released Game Boy sequel). Battletoads is considered to be a game that shows the true potential of the NES' graphics, mainly due to the year of its release, when developers were focusing more on 16-bit consoles. Not only is it graphically-advanced, but it is also considered to be one of the hardest games of all time, appearing in possibly every listing of difficult video games. It is currently listen at 8th place in IGN's "Top 10 Most Difficult Games to Beat."It was re released in 2015 on the Xbox One as part of the Rare Replay Collection.