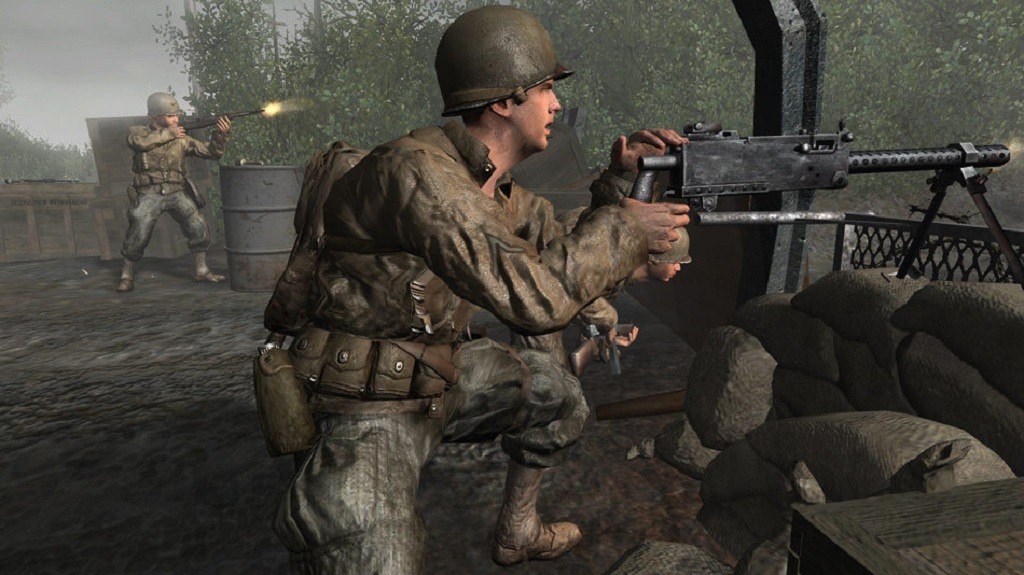 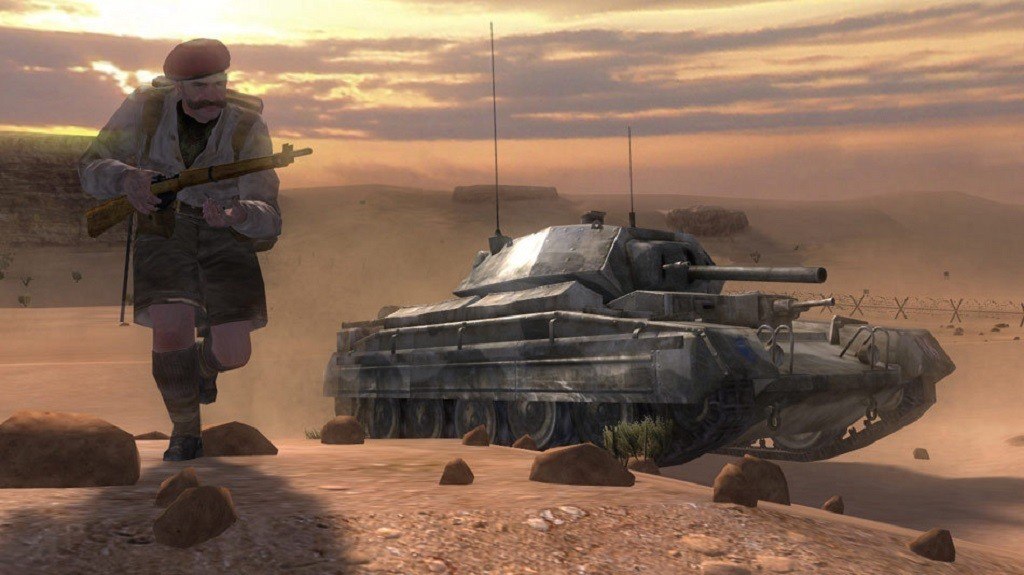 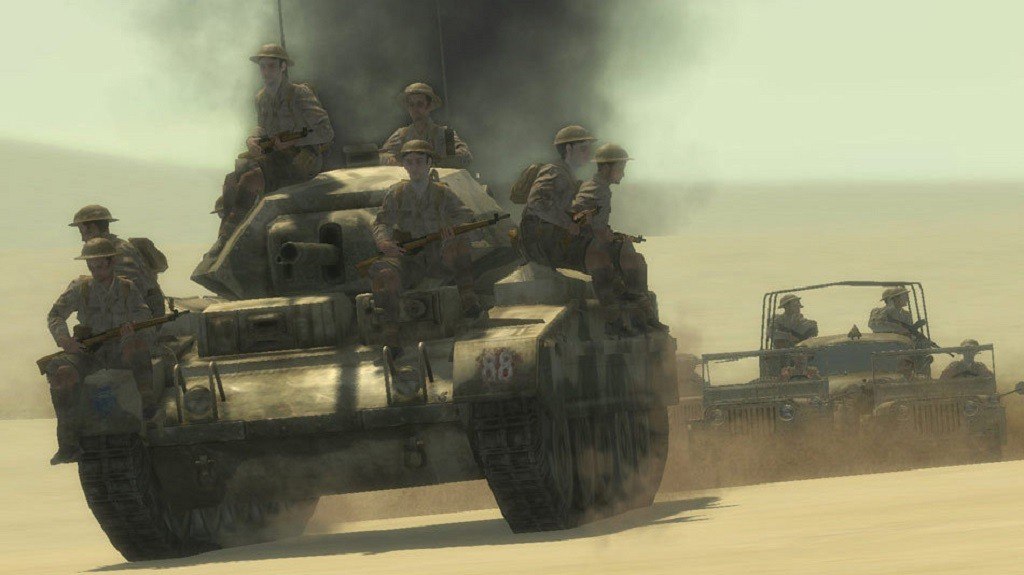 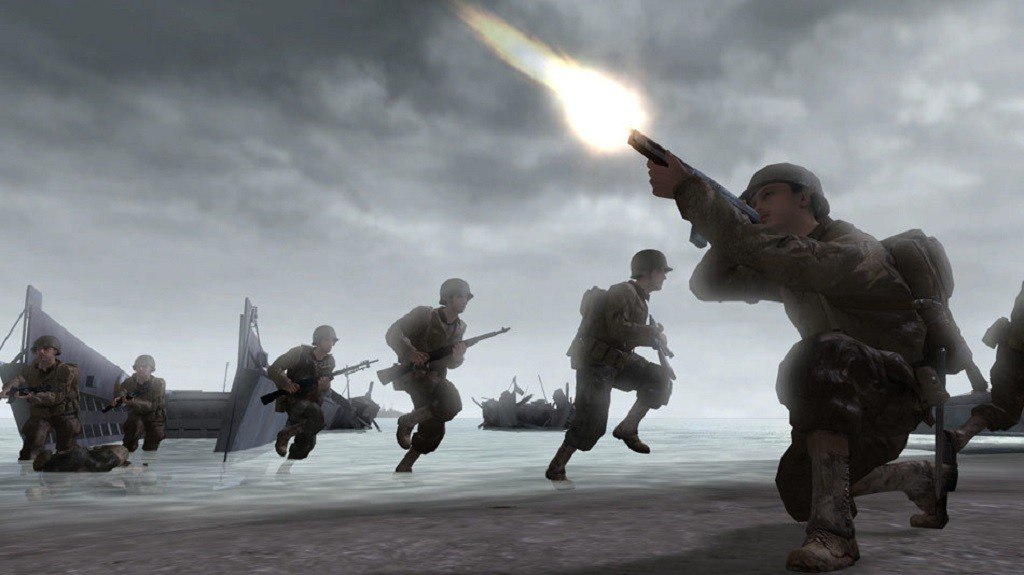 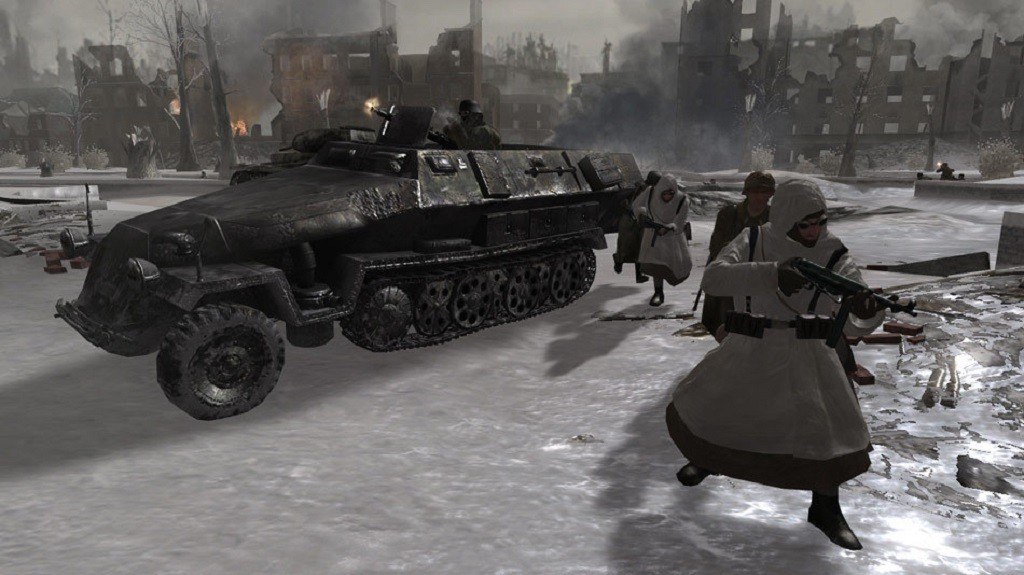 Call of Duty 2 is a first-person shooter that has a single-player story mode and a multiplayer mode. The player takes on the roles of several Allied protagonists in specific missions during World War II. The player can crouch and lie prone, and is able to scale low walls and other obstacles. Two firearms can be carried, which can be swapped with those left on the battlefield, and both fragmentation and smoke grenades can also be carried. A gun's iron sights can be used to aim more accurately. A compass on the heads-up display (HUD) shows both allies and enemies, and objective markers to indicate locations the player must reach, areas to defend, or enemy cannons or tanks that the player must plant explosives on to disable. Emplaced weapons such as machine guns and flak cannons are available in some locations to take out enemy troops. In addition, some missions place the player in control of a tank.