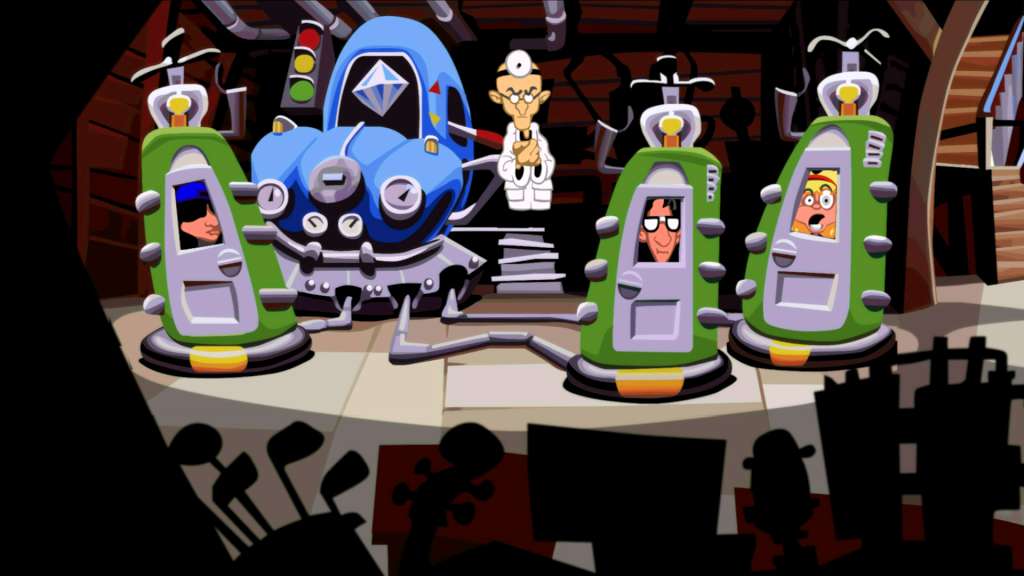 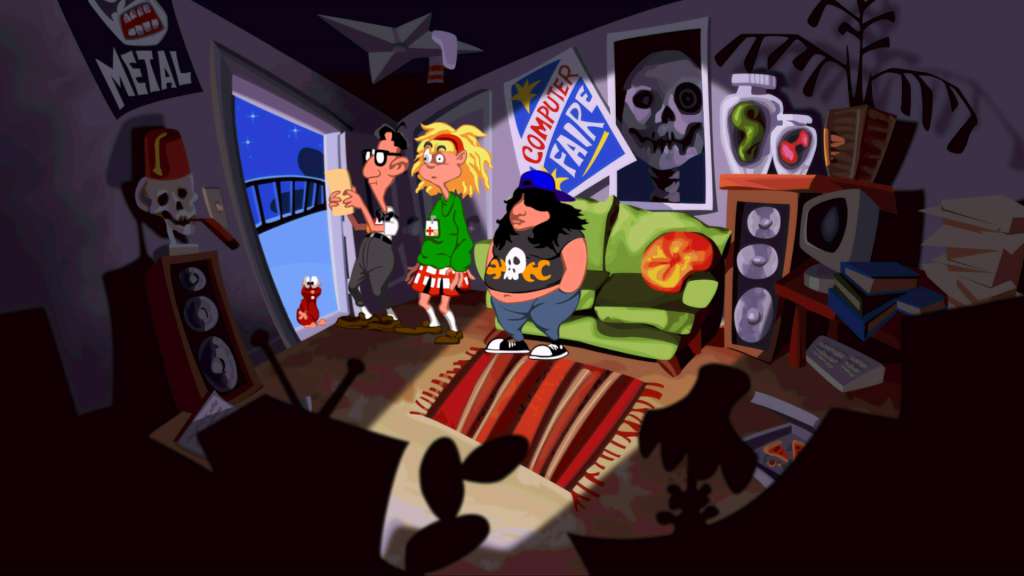 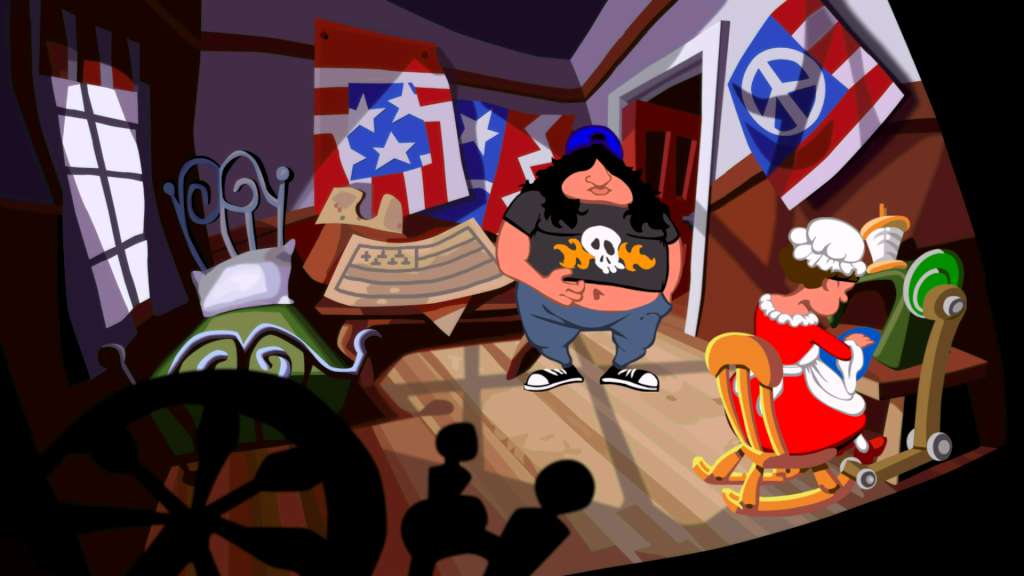 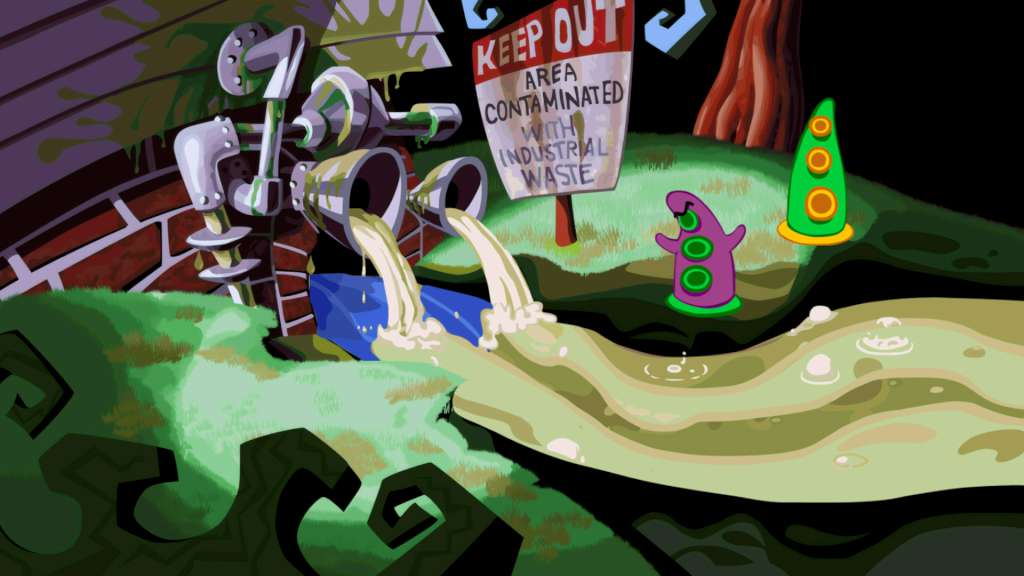 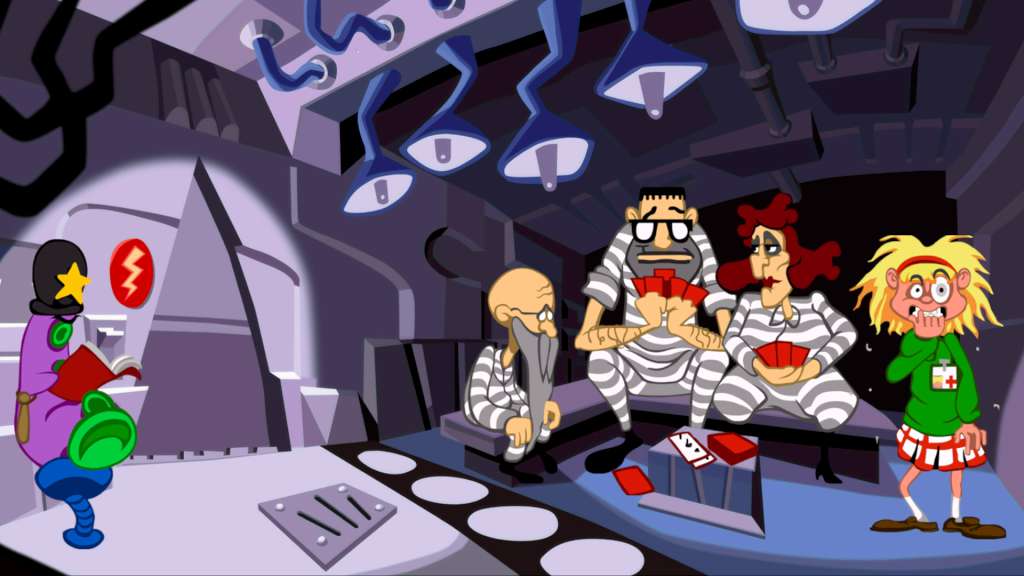 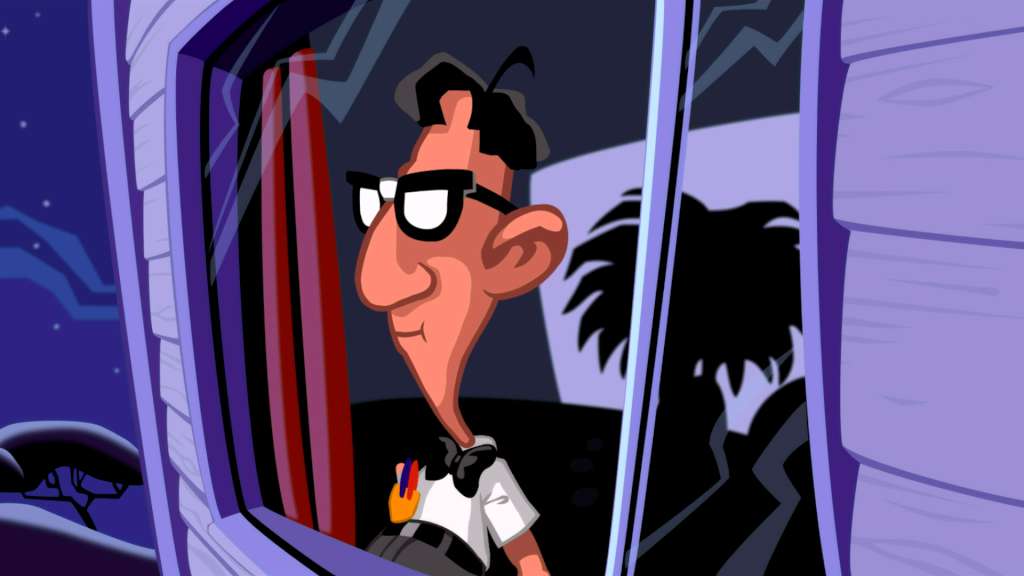 Originally released by LucasArts in 1993 as a sequel to Ron Gilbert’s ground breaking Maniac Mansion, Day of the Tentacle is a mind-bending, time travel, cartoon puzzle adventure game in which three unlikely friends work together to prevent an evil mutated purple tentacle from taking over the world!Now, over twenty years later, Day of the Tentacle is back in a remastered edition that features all new hand-drawn, high resolution artwork, with remastered audio, music and sound effects (which the original 90s marketing blurb described as ‘zany!’)Players are able to switch back and forth between classic and remastered modes, and mix and match audio, graphics and user interface to their heart's desire. We’ve also included a concept art browser, and recorded a commentary track with the game’s original creators Tim Schafer, Dave Grossman, Larry Ahern, Peter Chan, Peter McConnell and Clint Bajakian. Day of the Tentacle was Tim Schafer’s ﬁrst game as co-project lead, and a much beloved cult classic! This special edition has been lovingly restored and remade with the care and attention that can only come from involving the game's original creators. It’s coming to Windows, OSX, PlayStation 4 and PlayStation Vita early next year!

Additional Notes
Must have OpenGL 3 with GLSL version 1.3

Additional Notes
Must have OpenGL 3 with GLSL version 1.3

Additional Notes
Must have OpenGL 3 with GLSL version 1.3. Intel graphics users may need newer drivers than are available for 14.04